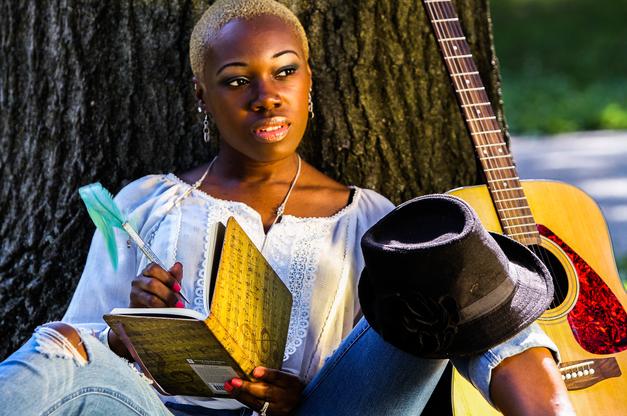 Kay L’Amour (born Shakellia Augustine) is a talented songwriter, author and song coach.  She was born and raised in New York City to parents from the Caribbean twin island republic of Trinidad and Tobago.  After working in corporate America for 15 years, she decided it was time to leave and follow her songwriting dreams.

It was in Middle School that Kay began writing songs and poetry as one of her many creative outlets, but in 2010 when her debut soca song “What Yuh Come Out For?” won a local radio station contest, she decided to take her songwriting seriously. She has written many beautiful songs in various genres including soca, calypso, R&B, inspirational, and children’s songs.

She is in love with songwriting and how songs have the ability to move her and others on a spiritual level.  She believes that songs have the power to uplift and change the world in a positive way.

In addition to her passion for writing songs for herself and other artists, Kay enjoys exploring the powerful law of attraction and using her knowledge of it to manifest her heart's desires.  She teaches songwriting infused with the law of attraction, so that people can pursue their songwriting career with confidence.

She currently lives in New York City with her husband and her daughter.